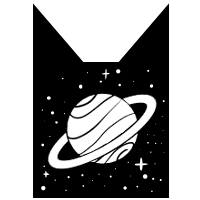 "We have to find him, Crowstar!"

Waspthroat felt a sinking feeling in her chest as Crowstar had spat at the young atlas following her concern over the disappearance of their clanmate Ghostpool. For a few days after he said it, the words had echoed in her ears. It wasn't what he had said that bothered her- It was the venom in his voice as he had said it. It was a disregard for his clanmate, and it almost mirrored what a certain tom  she was related to had sounded like... It terrified her.

Waspthroat was asleep in her den, twitching slightly and rolling over. In her dream she saw Crowstar, and she tried to call to him. "Crowstar!" She cried. He didn't respond, but instead he turned to face her with a wicked smile and those familiar eyes. They weren't his bright yellow ones- They were now a dark brown, almost black. "You lose, Waspthroat..." a sharp cackle echoed as Crowstar began transforming into a large, long furred golden tabby tom. She backed up, trying to say something but nothing would come out. The tom cackled once again, using a large paw to pin her down. "You have failed me, but your SON... oh he makes me so proud. It'll be a joy to see him finally kill you..." He raised a paw above her.

"Waspthroat!" She felt a sharp jab in her side and heard a gruff whisper. She jolted up, feeling shaky, terrified, and in a cold sweat. She looked over to see Dustbreeze and Cinderflurry staring at her. "Are you alright?" Dustbreeze asked quietly.

"Yes, yes. Just a nightmare..." Waspthroat mumbled softly. Cinderflurry flattened her ears slightly. "Do you want to talk about it?"

The calico sighed. "Just about Crowstar and Lionstar. That's all."

The other two mollies looked at each other before looking back at her. "Actually, Dustbreeze and I need to talk to you about Crowstar. We wanted to do it while he was sleeping so he wouldn't get suspicious. Some of the others are waiting by the lake so we can all discuss it."

Waspthroat stared at them both before standing up. "Alright. I'll go."

Cinderflurry nodded. They stood up and began silently making their way out of camp. They had almost made it out when a familiar face popped her head out of the atlas den. The three froze.

"Where are you guys going?" Kataloxpaw asked keeping her voice low.

"What are you doing up?" Waspthroat asked her, walking over.

"I couldn't sleep. I heard you talking about a meeting about Crowstar."

The three had no response. "I'm going with you guys. I have a lot more problems than I can say here with him." Kataloxpaw growled quietly.

​"Fine. Don't repeat anything you hear or discuss in this meeting- do you understand?" Dustbreeze hissed at her. Kataloxpaw nodded in understanding, and with that, the four cats left camp.

A group of cats and a lone dog were all gathered by the lake, and Waspthroat was in awe- There were so many more cats here that had a problem with Crowstar than she realized. At the head of the group sat Roseshade, grooming his pelt and trying to look presentable. When he saw the four, he stopped and stood up.

"Evening, Roseshade." Waspthroat flicked her tail and greeted as he stood in front of them. He looked down at Kataloxpaw before saying anything.

"What is discussed in this meeting must not be repeated in broad daylight as Crowstar may never learn what may happen to him. Do you four understand?"

"Cats of the rebellion! I call the meeting to order!" Roseshade called out to the group of cats. Everyone had settled down. "We are here to address a threat that has lingered in the clan for all too long! Our leader Crowstar is a tyrant who has no regard for the well-being of his clanmates or anything but himself. When Ghostpool went missing, did he even ATTEMPT to find him? No, he didn't! He tried to convince us he would return. He never did. How many moons has it been, Cypresswhisker?"

A young tom was sitting not far from the front. "It's been almost 3 moons..." He said quietly. Waspthroat wasn't sure, but she thought she heard his voice crack slightly as he spoke. When Cypresswhisker brought up that it had almost been 3 moons since Ghostpool's disappearance, the cats started buzzing in irritation. Roseshade had raised his tail to silence them. "This is what I'm talking about here. Not once in those 3 moons had he said 'lets go find Ghostpool'. He brushed it off. Another thing, he brushes all of us off and only does what he want to do. Waspthroat, as the Rhea and his mother, how many times has he blatantly ignored you?"

Waspthroat narrowed her eyes. "The amount of times he didn't listen to me and caused avoidable disasters because of it is too numerous to count. Roseshade, how many times has he avoided listening to you?"

Roseshade hissed. "Far too many. He treats being a leader as a chore. Pathetic."

The cats went into an uproar. "Down with Crowstar!" "Long rest the Crow!" "Down with the tyrant!"

Roseshade and Waspthroat looked at each other. Waspthroat stood up, waiting for the noise to die down. "And if any of you are skeptical, I had a dream... It may be a sign from the Forest of Stars."

She explained the dream where Crowstar had become Lionstar, which once again caused an uproar. They all knew who Lionstar was, and were now concerned with a return of Lionstar in the form of the black tom.

"Then let be a sign," Roseshade said, "That Crowstar must be defeated, or history may repeat itself and bring another Lionstar. If the Forest of Stars agrees, let there be a sign!"

When Roseshade said that, a bird, possibly a crow flew over head. A feather fell into a bush nearby. Roseshade, Waspthroat, and several other cats went over to investigate. Weaselstride was among them. Upon seeing the caught crow feather in the bush, his eyes grew wide. "It's a sign!" He cried. "The Forest of the Stars spoke! We have to come up with a plan!"

There was NO WAY she could mess this up. If Kataloxpaw messed it up, then there would be no hope for the rebellion. With some quick licks, she made it look as if her fur was sticking up. Using water and mud, she had dirtied herself further. It was just a little after sunrise, so Crowstar wouldn't be coherent enough to think much about it. She crept back into the camp, then began running.

"Crowstar!" Kataloxpaw cried, looking frantic as she ran into his den. "Kataloxpaw? What happened to you?!" He woke up, looking at her.

"The clan got ambushed! Everyone is by the lake so they can keep fighting them- I came back to get everyone else!" Kataloxpaw was really making it convincing him.

Crowstar suddenly ran out, calling out the remaining clan cats. She recognized all of them as his followers except for Deerheart. Deerheart was aware of the situation and wanted to stay in the clan that morning in case Kataloxpaw's plan to lure Crowstar out failed.

At the lake, the cats looked around. Crowstar turned to glare at Kataloxpaw. "Well? Where are they?" He demanded. All of a sudden, a yowl echoed in the air. Cats rushed at the followers, and a large flurry of claws and fur emerged. Freezestream was trying to shake Cinderflurry off of her, but the large she-cat was not going to move easily. Cypresswhisker took on the older Batfang, and Kataloxpaw was trying to escape the fighting, dodging Pinepaw. She was soon stopped as she came face to face with Crowstar. "You little TRAITOR!" He yowled and lunged at her. The wind was knocked out of her as he landed on her and raised his paw with intent to kill her. Suddenly, A large ball of fur barreled into him. Crowstar snarled, "You and the other clan cats are traitors... The whole lot of you!" His eyes were burning with hatred. Roseshade, the other cat, looked down at him His eyes turned a dark green. "The only traitor here is you! Do not mess with my child or clan!" He swiped at the large tom's face but missed. Crowstar slashed at his ear which caused him to stumble off of him. It gave Crowstar time to lunge at him again, and the two began to fight viciously.

"It's a lost cause, Crowstar!" Batfang cried as he shook Cypresswhisker off of him.
Crowstar had seen his followers dropping dead and trying to flee with injuries. They were bleeding and losing- There was no chance. There was no choice. He and his clanmates had been outnumbered from the beginning, and he now understood it. there was one thing he could do.

Those alive out of Crowstar's followers began retreating. Crowstar turned tail towards the camp and began running. Close behind him and his group, however, was a large group of cats, and at the head of the group was none other than Roseshade himself leading the charge. The followers of Crowstar darted towards the valley and went through. Roseshade's followers stayed short of the entrance. Crowstar turned, pausing for only a moment. "You will regret this, all of you..." he hissed before running and following the rest of the exiled cats.

When the cats were through the valley and vanished into the wooded areas beyond, there was no joyous occasion. There was no sound momentarily as the reality of the situation began to sink in.

"What happens now? We have no leader, and a chunk of our clan is gone..." Cinderflurry mumbled.

It took a second before Roseshade turned to her and the others. The group was now mumbling among themselves. "For starters, we should go back to the camp... I'll try to help heal whatever injuries you may have..." He said.

"I'll help." Weaselstride pushed his way to the front of the group. "I may not know a lot about Iapetus stuff, but I'll do my best. I learned a thing or two from Roseshade." He smiled slightly.

Roseshade smiled to him as well, then began walking back to camp, waving his tail so everyone else would follow. Waspthroat walked beside him. She had a dull look in her eyes. "You did the right thing." Roseshade tapped his tail on her shoulder in comfort.

"I know it was... We did it for the well-being of our clan, and as much damage and harm as he's done to the clan, he's still my kit, and I'm still going to miss him." She sighed. She only smiled slightly and looked at him. "Maybe he'll run into his brother. They used to always get along."

Due to the fight that had happened earlier, Waspthroat hadn't gone to the Star Tree to receive her nine lives. She stayed behind to help care for her clanmates and bury those who had died, even though some were loyalists to Crow... Could she even call him Crowstar anymore? Crowshadow. That solved that problem.

As she curled up in her nest she couldn't help but worry. She was becoming leader, but she wasn't excited in the slightest. Lionstar wanted her to become leader. Now, she was filling the role. Wonderful... But maybe she would get lucky... Maybe there's a chance still that she could lead a quiet and peaceful life without the worries of a leader and being Lionstar's moment of triumph.

This eased her nerves slighty as she rested her head on her paws and drifted to sleep. Only time will tell now what the Forest of Stars will do.
A/N; Ghostpool no longer belongs to me